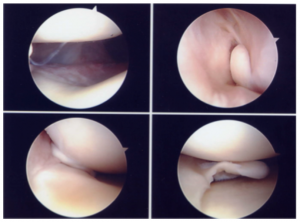 Following my appraisal of 2014 it was suggested that a review of previous ACL surgery outcomes was undertaken.

Methods!!
Patients who had undergone anterior cruciate ligament reconstruction by myself between 2011 and 2015 were considered for review.  The first 23 patients in whom there were 2 outcome sheets in their notes were selected for review.  The outcome sheets are those of the British Association for Surgery of the knee.  A total of 23 patients were selected and 24 knees had undergone anterior cruciate ligament reconstruction.  Of these 19 were men and 4 were women.  The average age of patients was 36 years with a range of between 15 years to 53 years.  All ACL reconstructions were performed using hamstring tendon autografts.

Download the PDF to read the rest of the report.

ACL surgery outcomes for 2011 to 2015. This is a PDF file that will open in another window.